Whether you’re purchasing a computer for the first time, replacing an old machine that is too slow, or your current system has died and is not worth the repair costs, you might find yourself overwhelmed at the many specifications and jargon that come with choosing a new computer.

This guide can help you avoid frustration and confusion as you try to figure out which new computer system will work best for you.

Before we begin, the first step when shopping for a new computer is to determine what the new computer will be used for.  To help you figure this out, here are some questions that you can ask yourself:

You can save a lot of money by not spending too much on a computer that is more powerful than you really need, but at the same time you want to make sure you don’t get one that will underperform and hinder your experience.

Once you’ve determined the use case for your new computer, let’s look into specifications that will allow you to do everything you want smoothly and efficiently.   Yes, it would be nice if everyone could just have the top of the line machine.  However, not every driver wants to pay the price for a brand new Ford F350 or Chevy Silverado if they don’t really need a big truck, if you catch my drift.  The trick is finding the sweet spot between your needs and your budget.  That way you won’t waste money on something you don’t need, or end up with a new computer that you quickly become disappointed with because it’s too weak or lacking features.

Key Computer Components to Know When Purchasing a Computer

The significance of the RAM in your computer is it acts as a temporary storage for information that the computer needs access to right away or at all times.  Basically it’s the short-term memory for your machine that is speedy fast.  If we use an analogy of a work desk, the RAM is like the top of a desk where you place all the things you are working on.  Having more RAM in your computer is equivalent to having a larger desktop surface.  The bigger the surface, the more you can have out and work on at the same time.  When you don’t have enough RAM in your machine it will slow down and may even freeze up as the computer just gets too much data crammed into its short-term memory to effectively function.

Recommendation: We recommend a minimum of 8GB of RAM in any new computer

The CPU/Processor of a computer is essentially a computer’s brain.  It’s what actually does all the computing and work and thus is very important to get one that is powerful enough to meet your needs.  There are 2 main manufacturers of computer processors: AMD and Intel.  Each of them uses their own naming conventions to identify their types of processors.  While there are a great deal of names and types here, we are mainly going to focus on each company’s main product lines as they are the only ones we prefer to recommend.

Core I3 - Intel’s entry-level Core i3 chips are the cheapest but least powerful processors available. If you’re looking for a computer that will do basic computing tasks, then the Core i3 line should be ample enough.

Core I5 - Mid-range Core i5 chips are suitable for people who want a good balance between performance and cost. If you’re on a budget but you still need ample speed for power usage, go with a computer with an i5 chip.

Core I7 & i9 - High-end Core i7 and i9 chips are more expensive, but professionals who don’t have the time for loading and rendering screens will appreciate the power that these processors bring to the table. If money is no object and you’re looking for the absolute best computer you can buy, don’t settle for anything less than a Core i7 chip.

A computer’s storage is the long-term memory that keeps track of all the data and files you have on your computer until it's needed.  The amount of storage that you get with a new computer really just depends on how much data and files you are planning to store.  Things like movies and photos can take up a  lot of space, as well as big software programs or video games.  In general you are going to use up around 30 GB of data just having Windows installed on your computer right out of the box, so you’ll want to take that into account.  A lot of our data and programs nowadays are being pushed to the cloud, so a majority of people will be just fine with a 250-500 GB SSD for storage.  Our major recommendation is to make sure your computer comes with a storage drive that is of the SSD (Solid State Drive) type.  These drives are significantly faster and more efficient than the old HDDs (Hard Disk Drives) and anymore it just isn’t worth buying a new computer that doesn’t have at least one SSD drive.  You could buy one with both an SSD and HDD for additional storage, but we don’t recommend getting one with only a HDD, as the Windows operating system runs way superior on an SSD drive.  Note that there are several different form factors in SSDs now, and if you are really looking to get the most speed you possibly can you will want to check out computers with NVME SSDs.

For help determining the amount of space you will need here is a link to a table that will give you some examples.

Recommendation: Just make sure your primary drive is of type SSD (NVME SSD if possible).  Other than that make sure there is enough storage space to fit your needs.

If you plan on doing some graphic design, fancy drafting work, or often play videogames chances are you are going to need a decent graphics card in your computer.  For computers to render complex games and images to your monitor you may need more than just the basic integrated graphics. If so you’ll have to put in a dedicated graphics card.  These can be very expensive depending on how high your graphics demands are, but the integrated graphics that come with modern CPUs are more than efficient for the majority of  basic computer functions.  If you don’t do advanced video editing or gaming you probably won’t need to spend extra on a graphics card.

As far as audio goes, unless you have a special audio need the onboard audio that comes with your computer should be sufficient for your needs.  Most computers come standard with a few jacks for headphones and external speakers that should suffice.

It’s amazing how small, yet capable computer systems are today.  Whether you want a small or large tower/laptop is entirely up to you, but know that should you decide to add a graphics card or other peripheral down the line, you may not have the space for them on the smaller machines.  If you don’t get a computer with a case roomy enough to support a large graphics card, you will be limited, so the main thing to consider here is whether or not you are planning to add a large graphics card or something similar in the future.  Upgrades on smaller computers can be more restricted because of tight spacing or fewer slots on the motherboard.  On the other hand you might have a small workspace and thus would rather opt for the smallest computer you can.  As long as you make sure the computer has decent specifications when you purchase it and comes with what you need, you won’t have to worry about making additional upgrades and adding new components.

If you want portability, consider purchasing a laptop.  Laptops come in different screen sizes, and the 3 most common sizes are 13”, 15”, and 17”.  Most people go with the 15” laptops because they hit the sweet spot between being small and portable, yet still provide a comfortable display and keyboard.  Again, this pretty much comes down to personal preference so you'll just want to take a look and see what laptop size feels right for you.

The operating system is the main software on a computer that supports all the basic functions like running applications, controlling the different computer peripherals, and scheduling tasks. As of the time of writing, with very few exceptions, any new computers should come with either Windows 10 Home or Windows 10 Pro (Apple computers come with their own OS).  If you are running an older operating system that is no longer supported you will want to have the computer upgraded to a version of Windows 10 so that you can receive regular security patches and updates and stay protected.  Older versions of operating systems become increasingly vulnerable to malware and malicious attacks, so running a version that is no longer supported is often one of the main reasons to get a new computer in the first place.

There you have it!  Computers are very complex machines and are ever-evolving, but now you should know enough to make an informed decision in purchasing a computer that you will be happy with.  See below for a summary of everything we’ve covered.

Here are the minimum specifications that we recommend.  If you can afford a more advanced computer, by all means go above and beyond these, but we are confident that in meeting these minimum  recommendations you will be pleased with your purchase.

Again, no matter which build level you require based on your use case, we don’t recommend ever going below 8GB RAM and always selecting a PC that has a Solid State Drive (SSD) as the bootable storage. 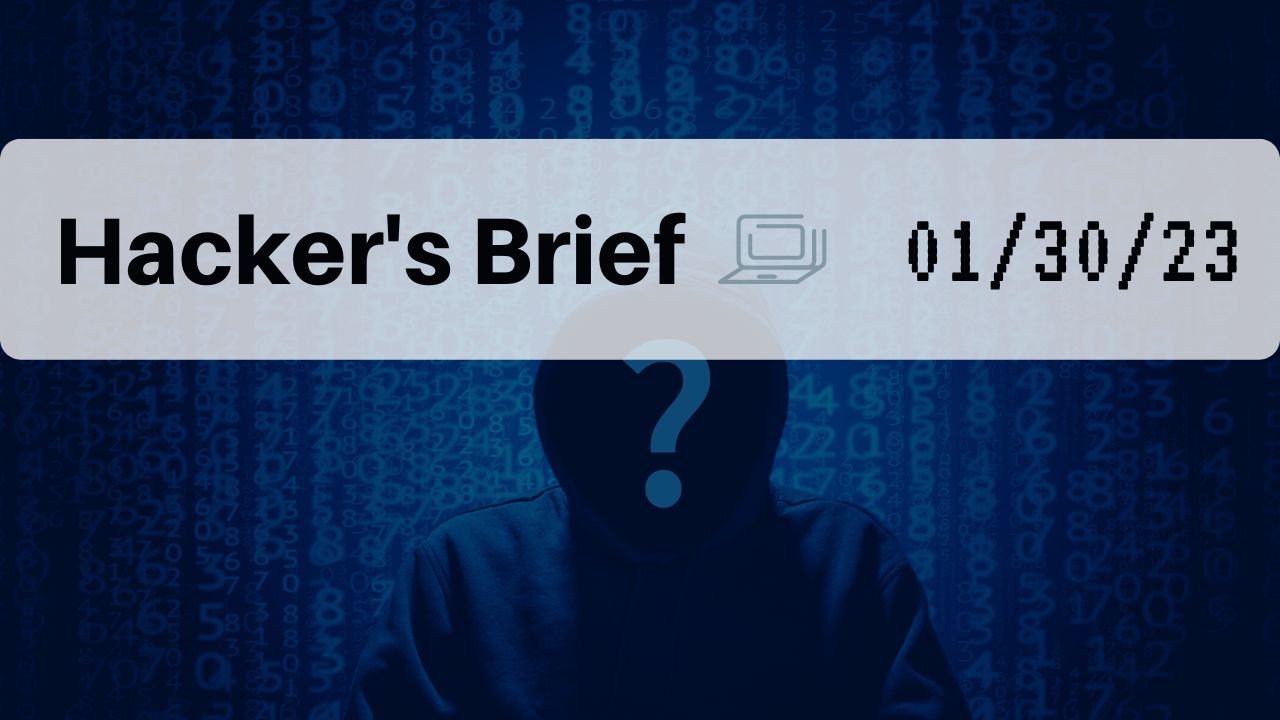 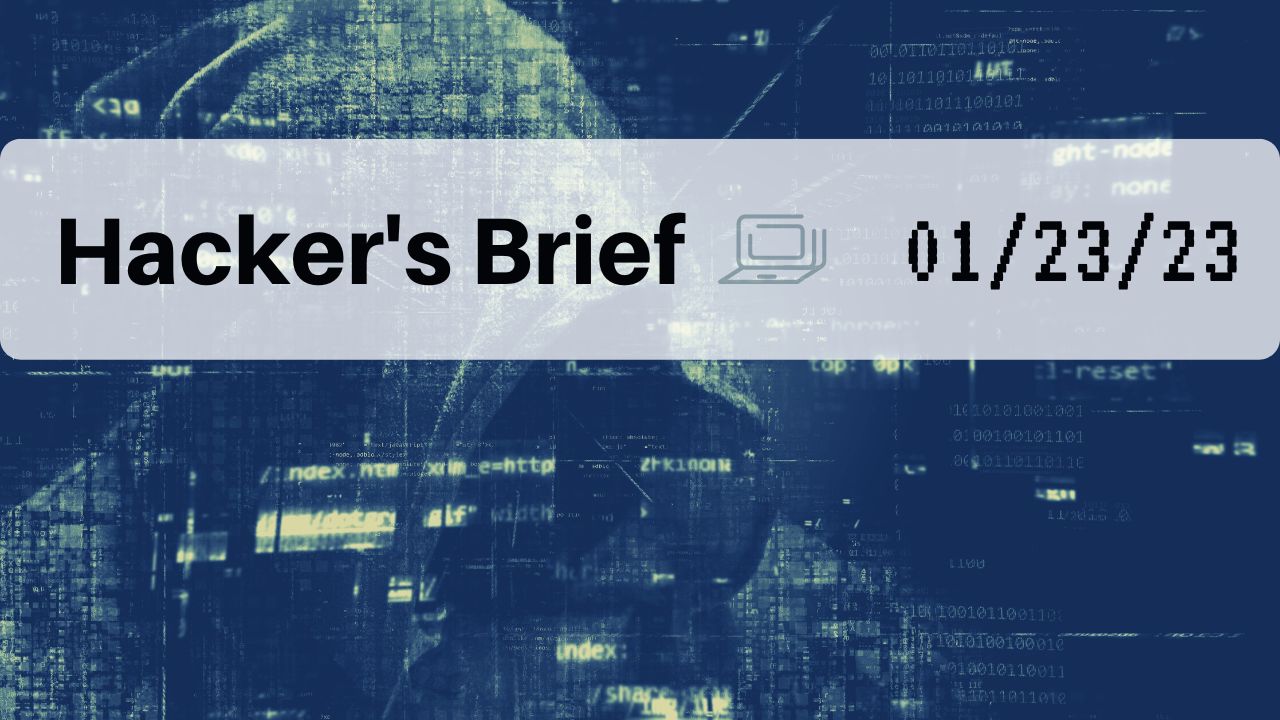 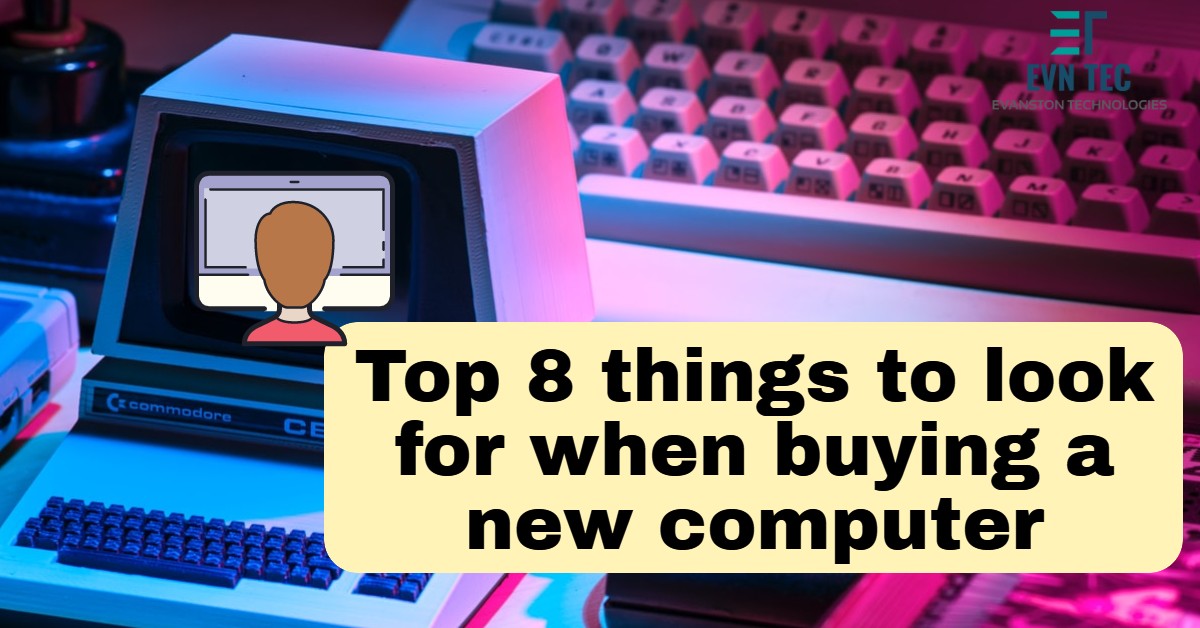